WHAT OUR CLIENTS HAVE TO SAY

recommended by 43 people
Would you rate us on Yelp?

Vania N.
December 03
This place is very good. Not only is his work amazing but it is also fast. Everyone is so welcoming and friendly.

Diego M.
November 07
Absolutely great!!
I was treated by Dr Robert Hazany a couple of years ago and had an extraction done and I thought it was really great very professional and no pain. I really felt that I am in good hands. I didn't think you would get much better than that until I was treated and had another extraction and implant by Doctor Susan hazany (no their not married.. But brother and sister) and I found out that Dentistry work doesn't have to be scary and actually could be no big deal at all... I dare to say almost Pleasant! especially compared to past experiences. And I've been to quite a few dentists in my life. Including believe it or not both my parents... yes, they were both dentist.
I could not recommend this dentists more and can tell you that I am never going to anybody else!!

Yael B.
September 16
I've been coming to this office since I was a kid and the personal care they offer is outstanding. I always feel welcomed in and comfortable around the staff.

Greta R.
August 03
Being in the last stages of severe GUM DISEASE, my intuition guided me to see DR SUSAN HAZANY from WEST LOS ANGELES DENTISTRY. Not knowing who Dr Susan Hazany was and what to expect, my first visit was very emotional. The verdict was...all my teeth had to go! Dr Susan Hazany took her time and was gentle but realistic in explaining to me what my problem was and what she was able to do to give me my beautiful smile back!!!  She was very caring and I felt right away that I had come to the right place! The first surgery was taking my 14 loose teeth out and Dr Susan Hazany did a phenomenal job! I only felt the needles for the Anaesthesia, no other pain or side effects and was able to sleep fine the following days. My last surgery was taking the last 7 teeth out and getting my false teeth in. Again, it was such an Amazing Job done very professionally!
Needless to say, I thank DR SUSAN HAZANY for the beautiful work! With Love, Dedication, and great Taste she has given me back my beautiful natural Smile!!!!!!!!!! My friends cannot believe my natural smile and I
Refer them all to WEST LOS ANGELES DENTISTRY DR SUSAN  HAZANY!r

Marcus M.
May 22
Great people right here- always smiling when I walk in the door and Dr. Hazany is as down to earth as you could ask for.  It had been a while so I went in for a deep cleaning, inlay and night guard, and I'm happy about it all.  The Doc also gave me the remote to the tv while he did his thing- I mean what else do you need?  Oh yeah, prices are good as well. Strongly recommend.

Lia T.
April 17
My sister and I have been coming here for almost two years, my experience has been great. Doctor and staff are awesome; they make you feel welcome from the moment you walk into the door. I highly recommend this office for anyone looking to get braces.

Ari E.
March 20
Dr. Beroukhim and Dr. Hazany always go above and beyond. Bring the little ones here and they won't be scared of the dentist!

Dr. Beroukhim and the rest of the staff do an excellent job with teeth cleanings. Their work is meticulous and thorough.

Dr. Hazany is very professional and easy-going at the same time. Love chatting with him when I'm there.

I definitely recommend this place for anyone looking for a teeth cleaning or more serious dental work. I got my braces here too when I was younger and it went smoothly!

Soroosh S.
January 31
Dr. Hazany was very nice and helpful. The staff was very professional and kind. Having to visit a dentist after 5 years was definitely something I was not looking forward to, but Dr Hazany made sure everything went according to plan. I had some cavities that needed to be taken care of and he did an awesome job. I would highly recommend him to anyone in the Los Angeles area! 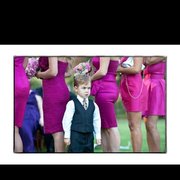 Tanya U.
July 26, 2018
I can write a book about Dr Robert Hazany, about his professionalism and excellent patient care. I got lucky to be a patient in his office. He is so so wonderful doctor. I love his genuine caring personality toward his patients and he does such an excellent job. I got my teeth whitened with amazing results. Thanks for the beautiful smile Dr. Hazany! 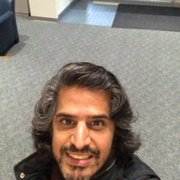 Sean R.
July 25, 2018
I started my treatment here month ago and I did one cleaning and one crown. The experience that I had was awesome and doctor is available on Saturday which is great for who has the full time job. My dentist is doctor Robert and I found him as a professional doctor in his job.
Thank you dr Robert and all the staff!
Special thanks for dr Nahid which I had one session cleaning with her too! 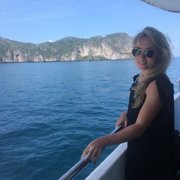 The staff are very professional and helpful. Excellent service and care. They get you in quickly and they are super friendly.

I wish I had more bad teeth! 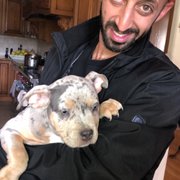 Veba M.
May 16, 2018
Dr. Susan and Dr. robert are both excellent dentists with many years experience I have been going to them for over 20 years and my teeth are always perfect. I never have to worry that they are doing unnecessary work and they are very honest and upfront. At times I wonder why I didn't go to them sooner. I recommend all of my friends and family to this place because it is a family run and very clean and professional practice. 10 stars.

J Michael T.
January 17, 2018
When I came to Los Angeles from San Diego, I chose West LA Dentistry because they were right down the street. I saw them in my first month, as I was trying to be habitual about getting a check-up bi-annually.

My initial impression of Dr. Robert Hazany was that he was a genuinely nice man and I felt blessed that I had found him, as I believe that having a great dentist is as important as having a great barber: someone you can trust and expect professional and consistently positive results. After the cleaning, to my surprise, I was told I had a few cavities even though my last check-up with my previous dentist indicated that I didn't even have any potential issues. And I wasn't feeling any discomfort/sensitivity whatsoever. But ok, I'm a generally trusting person, and I didn't have any reason not to believe him.

I went to the follow-up appointment, and even though he had provided anesthetic, I was literally feeling the drill go into my back molar and the nerve, and it was alarming. During the session, he informed me in broken English that I had major problems with the tooth and would have to get a root canal. My tooth was already starting to throb with pain. When I came home, the tooth was super sensitive, felt painful to touch, and had a hole in it! I called and came back, demanding that he resolve this, as I would not be able to withstand the wait for a specialist to perform my first ever root canal. All the time, I'm so frustrated with what happened, trusting this man who seemed so genuinely nice. And it turns out I didn't have insurance to cover root canals, so I was really getting agitated with the whole experience. He did lessen the sensitivity by apparently removing part of the nerve and applying some desensitizing gel.

Even after getting insurance that would cover the root canal/crown, I found out the cost would be well over $1K, a cost I was not able to easily cover. I was irritated with the whole experience, and took it out on the specialist doing the root canal as well as a new dentist that I chose to do the crown. I was sure that I had come across an organized conglomerate, a dental scam preying on people who are moving into the area.

But after finally getting my first crown put in, it finally dawned on me why he had done this. I had been grinding my teeth for years and they had been severely worn down, much more worn than they should be for my age. Even after getting a mouth guard a few years ago, the damage I had done was significant enough that I needed that porcelain crown in my mouth to protect the rest of my teeth from getting beat up anymore than they had. And Dr. Hazany was the first dentist I had met and gone to that cared enough to do something about it before it was too late.

I am moving away from Los Angeles next month, but I wanted to stop by and personally thank him for doing something to save my teeth. And I wanted to write this review to make it clear that he's probably the best dentist, and better person, that I will probably ever meet in my life. I wish and hope that he and his wife continue to operate a prosperous dentistry service in West LA, and I am so thankful that we crossed paths. He runs a family business that cares so very much about his patients, and you will undoubtedly experience the same. He has a heart of gold. 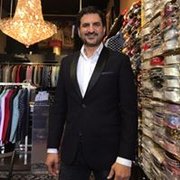 hungry c.
January 16, 2018
Strange that all the reviews are either one star or five star. I called up on Tuesday 9.30am and was offered an appointment at 10.30am same day, which is a pleasant surprise. The dentist was punctual and asked what I was in for and proceeded from there. I was impressed that instead of looking in your mouth and using a small mirror, the dentist actually used a small camera to look at your teeth on a large tv screen which meant you can see what he sees. As far as I could tell the dentist was very professional and all his staff were very friendly.